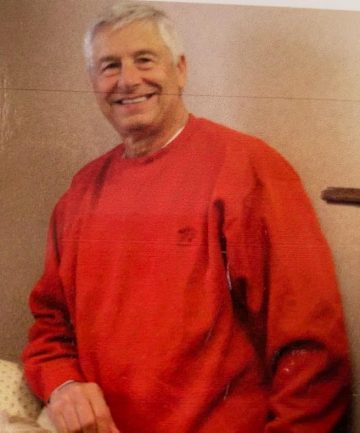 Chuck was a graduate of Marist College, where he earned his Bachelor’s degree. He also served honorably for 4 years in the US Army. He was a company clerk stationed in Hanau Germany. Chuck worked for IBM as a Project Manager; and was self-employed as a Quality Consultant.

Chuck played minor league baseball; and loved playing golf, tennis, softball and volleyball. Although he loved his sports, his number one pastime was his family. He was a great communicator. When it came to people, there was never a stranger who didn’t soon become a lifelong friend. Chuck truly embodied the saying by Roald Dahl:  “There are no strangers in here, just friends you haven’t met.”

Chuck’s life will be celebrated on Thursday, August 12th, starting with visitation from 10:00 -11:30 AM at Heritage Funeral Home – Weddington Chapel. A Funeral Mass will follow at St. Matthew Catholic Church. The Eulogy will begin at 12:45 PM with Mass starting at 1:00 PM. Burial will then follow Mass at 2:30 PM at Forest Lawn East Cemetery.

In lieu of flowers, the family requests memorial contributions in Chuck’s name be made to Levine & Dickson Hospice House – Aldersgate (https://www.hpccr.org/donate); or the Leukemia & Lymphoma Society (https://www.lls.org); or the YMCA of Metropolitan Washington using the donation form below.

Give in Memory of Charles W. Correll Jr