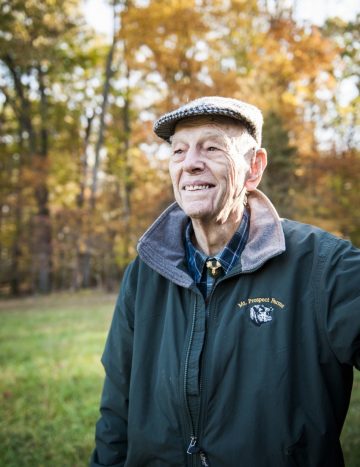 Bob was an amazing man who gave over 60 years of volunteer service to the YMCA of Metropolitan Washington.  He was a founding father of the YMCA Bethesda-Chevy Chase, and a great supporter of the YMCA mission. Bob was the Chairman of the Board the year the YMCA Bethesda-Chevy Chase opened in 1964.  Bob was at the first ribbon-cutting ceremony, and we were so fortunate to have him cut the ribbon at our reopening in June of this year. It was a surprise that a time capsule was found in the front of the building behind the logo containing the blueprints, member list, donor list, and a list of programs and services that Bob placed there in 1964. A new time capsule was inserted behind the logo in our new Community Room which continues to keep Bob’s legacy alive.  He was an inspiration to all, and he will be greatly missed by so many people in our community.  Bob selflessly donated his time, talent and treasure to the YMCA Bethesda-Chevy Chase.

*All gifts will support the YMCA Bethesda Chevy Chase.