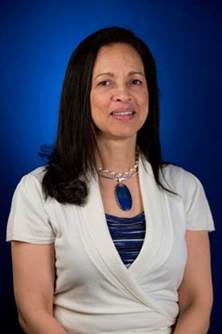 SueAnn Anastasia Applewhite, 58, of Springfield, Virginia died at 5:06 AM on Monday. March 19, 2018, at her residence in Springfield, VA.

She was born July 23, 1959, in Port of Spain Trinidad West Indies, to Carol E. Applewhite. She was married, then divorced and is survived by ex-spouses, daughter Danielle K. Hines, and son Nicholas A. Laboy, mother Carol E. Gittens, sisters Kerra, Lynette and Lucretia, brothers Cassius, Lloyd and Larry, many nephews and nieces, cousins, aunt, uncles, great aunts, and uncles.

SueAnn migrated to the United States of America and immediately sought to increase her knowledge she joined the armed forces becoming a long-standing and productive member of the United States Marine Corps, entering with one of the highest scores for a recruit applying out of the New York City Area. Over the years Sue, as she is known to her family and friends cultivated many relationships both here and abroad. She always exemplified dignity, grace, and confidence in all that she did personally and professionally.

Receiving high honors in all of her subjects, Sue excelled as a student and could have been accepted into any college of her choosing, but she chose to serve. She rose through the ranks to Master Gunnery Sergeant and led a small team of reserves who respected her as a leader. She worked at Quantico, Andrews Air Force Base, and at the Pentagon during the 911 attack. In January 1999 she received the Navy and Marine Corps Achievement Medal, she was the recipient of the Defense Meritorious Service Medal Award and the Letter of Citation from the Secretary of Defense, January 2004 to May 2007.

Sue was a strong advocate for keeping up with the news and current world events. She enjoyed travel and learning about people, places and things. Sue’s wide variety of relationships highlighted how much she loved engaging with people from various cultural contexts. She could fit in anywhere, be comfortable in almost any setting, more-over making those around her feel completely at ease. She was humorous, kind, generous, faithful, loyal, trustworthy, loving, and open. She loved Caribbean food, Christmas was an extra special time of year for her, because gift-giving brought her joy, even if there was no reciprocation. One of her favorite expressions is that ‘IT IS BETTER TO GIVE THAN TO RECEIVE” she was a committed believer in her faith dedicated herself to service in her church community. Although she embraced life in America, the young woman from Marcus, Trinidad WI will always be remembered for her warming smile, sincere heart, virtuous and kind way. Rest In Peace Sue your light will forever shine on us.

In lieu of flowers, the family is looking to establish a fund in Sue Ann’s memory to support children interested in STEM, STE”A”M and innovation education programs provided through the YMCA of Metropolitan Washington. Those wishing to support this fund may send donations to YMCA Metropolitan Washington / in memory of Sue Ann Anastasia Applewhite (Tribute Gift, Memorial Fund)

Donate in Memory of SueAnn Applewhite